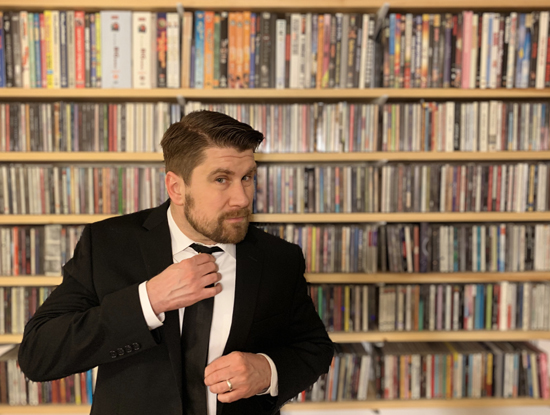 Chip Chantry is a stand up comedian and television writer. He has written for Crazy Talk, a comedy/talk series for NBC Universal and the syndicated series Whacked Out Sports. He most recently wrote on the NatGeo series Howie Mandel’s Animals Doing Things. Chip was the winner of 2013’s Philly’s Phunniest Contest at Helium Comedy Club, where he was a regular performer. Chip also won the “Funniest Comedian” award in Philadelphia’s annual Comedy Awards in both 2012 and 2014, and was named Best Comedian 2018 by Philadelphia Magazine. Chip is a recurring guest on the Doug Loves Movies and Todd Glass Show Podcasts.

Formerly a 4th grade teacher, Chip left the classroom to pursue comedy and writing. He has opened for national headliners such as Dave Chappelle, Bob Saget, and Tig Notaro. In 2012, he released his first live comedy album, ACROSS FROM THE ADONIS. His second album, SWINGERS PARTY, was released in March 2019, where it spent time at #1 on the iTunes comedy charts and is currently in rotation on SiriusXM.

Chip has written and performed in a number of live and video sketches, including “Deck the Hall and Oates” which VH1.com called “one of the best parodies of the year” in 2011. He also wrote and produced the monthly late night‐style talk shows FACE TIME w/ CHIP CHANTRY, and GOOD EVENING w/ CHIP CHANTRY at Helium Comedy Club, as well as the monthly comedy variety program, CHIP CHANTRY’S ONE‐MAN SHOW (w/ special guests!), at the Philly Improv Theater. He also hosted and co-produced LECTURE HALL, an educational comedy variety show, with a middle-school assembly format. Most recently, he has partnered with his brother Adam, a planetarium director, to produce The Funny Thing About the Sky, a comedic, multi-media astronomy presentation.

Requiem for a Dream is a Christmas movie

I wish Click and Clack were still around to repair this nation.