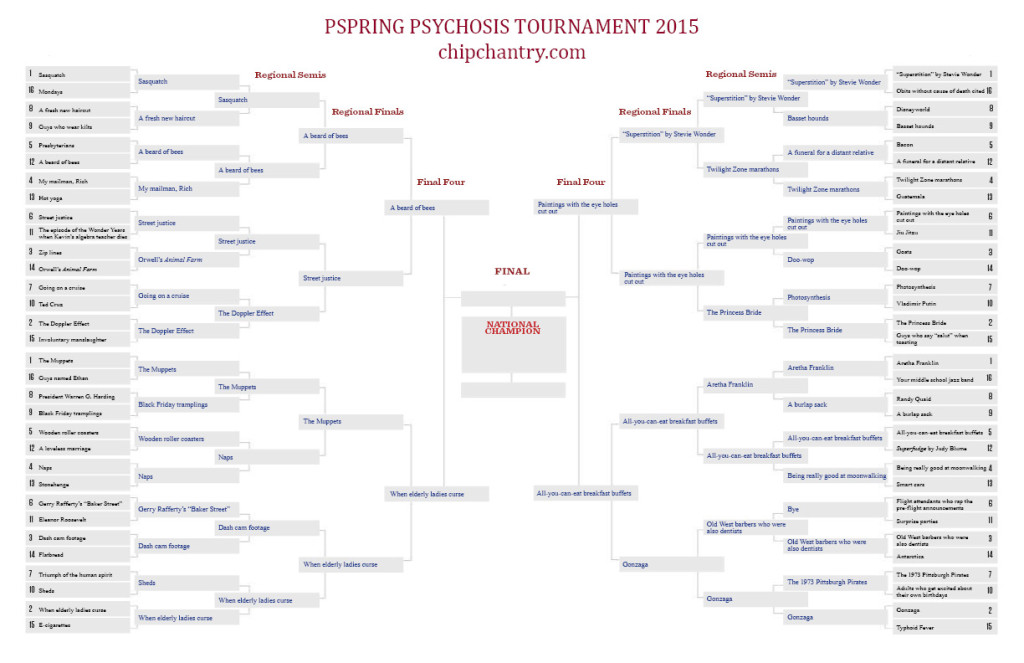 Justice for the Beard of Bees!
‘Superstition’ is Unlucky!
GONE-ZAGA!!!!

We’re getting down to the wire, folks. I don’t think I can handle the excitement.

A BEARD OF BEES vs STREET JUSTICE
We’re not talking about ladybug sideburns.
We’re not talking about a goatee made of ants.
This is not your daddy’s cock-a-roach mustache.
THIS IS A BEARD OF BEES.
Look, we’ve ALL slashed some tires before. We’ve ALL keyed some cars. We’re ALL thrown more bricks through windows than we can swing dead cats that we killed in the name of revenge at. But not everyone has what it takes to sport what I like to call “The Old Amish Honey Beerd” or “The Apiary Whiskers” or “The Bee Bee Top”.
I mean, just look at this idiot:

WINNER: A Beard of Bees

THE MUPPETS vs WHEN ELDERLY LADIES CURSE
Let’s face facts: At the end of the day, The Muppet are just a bunch of felt gypsies. Now, watch this:

“SUPERSTITION” by STEVIE WONDER vs PAINTINGS WITH THE EYE HOLES CUT OUT
This has been one of the most difficult decision I’ve ever had to make. Like that time we decided to put my Uncle Rich in hospice. He was only 54, and in good health, but you know, just annoying as hell. “Hey, who wants to see the Chevelle I’m restoring out in the garage?”
Nobody does, Uncle Rich.
WINNER: Paintings with the Eye Holes Cut Out 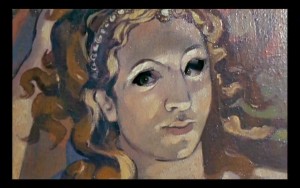 ALL-YOU-CAN-EAT BREAKFAST BUFFETS vs GONZAGA
I was staying at a hotel with an all-you-can-eat breakfast buffet a few years ago. I had a late show the night before, and I was exhausted. There I sat, alone, bleary-eyed, enjoying the bottomless eggs, etc. At one point, a family came in to the hotel restaurant. The youngest child was a pudgy boy who was roughly 5 years old. As they entered the buffet area (‘Bran Central Station’, as I call it- HEY-O!) I heard the father explain to his son how an all-you-can-eat buffet worked. It took this groggy little meatball a few seconds to comprehend what he just stumbled into. You could tell he was still tired, either from the sleep apnea, or since it was vacation, his parents probably had him out for ice cream until midnight.
Either way, I watched the look on his chubby little face slowly evolve from a blank dullard’s stare, to confusion, to disbelief, to finally pure, unadulterated ecstasy. I’ve never seen a human display such raw joy as this young man did. It was as if his father whispered to him, “All of this… it’s all for you, my son.”
Meanwhile, Gonzaga went only 2 for 10 from beyond the arc, and had 13 turner overs. Plus, they did not have a single field goal in the final 6 minutes of the game. You don’t get to the Fab Four that way.
WINNER: All-You-Can-Eat Breakfast Buffets